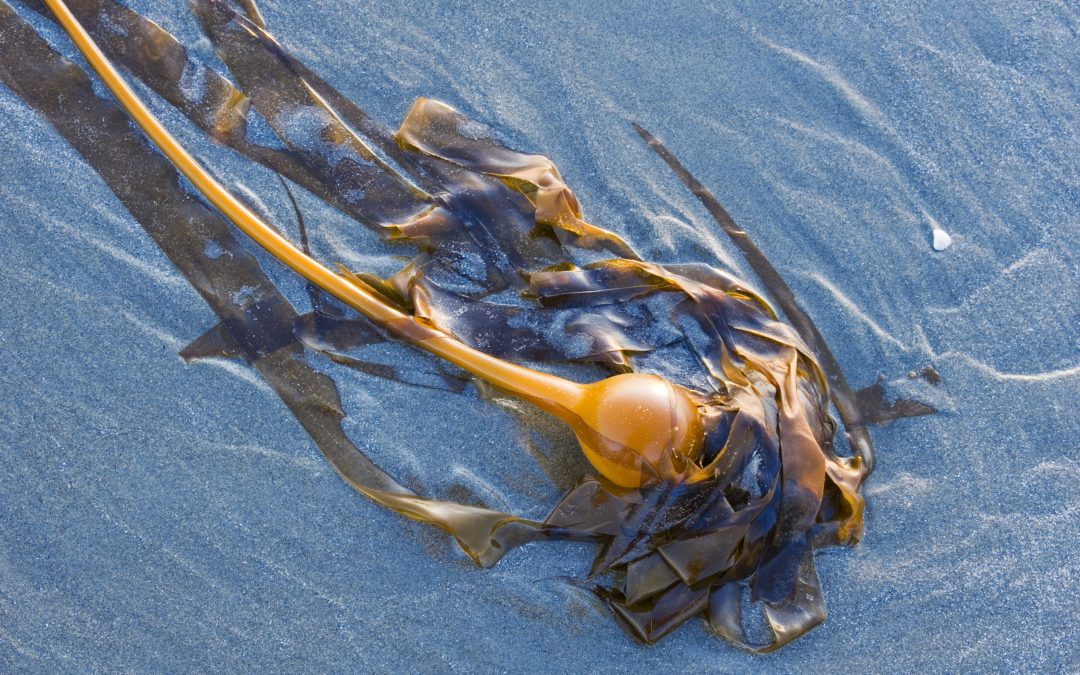 The Puget Sound and Washington State are home to over 600 species of seaweed, or macroalgae. It is one of the most diverse habitats in the world for seaweed, and yet our underwater forests are at a growth decline from Washington State’s continued runoff pollution and warming water temperatures.

In June of 2019, a few of our Tribal staff set out to harvest seaweed for our upcoming 20th Anniversary of Federal Re-recognition. In the photos to the right, we were able to find a bullwhip kelp that was content to be attached to a small rock. We marveled at its size and strength but were careful not to disconnect it from its root rock.

We went into the seaweed harvest knowing to only harvest the leaves, or blades, from the growing stands of kelp. Harvesting fresh bullwhip kelp whole isn’t recommended in Washington State. The importance of this aquatic plant cannot be understated and its lifeway must be protected. This kelp, and many others, provide vital habitat for fish and shellfish by the way of shade, spawning grounds, and frontlining against the storm of ocean acidification.

Seaweeds and other macroalgae were some of the first plants on planet Earth, and their medicine has been understood by indigenous peoples from all over the world. Today, there is little attraction brought to these plants in US food production despite their healing and nutritious properties. Not only are they great for consumption, they are also capable of creating many different bio-products such as everyday biochemicals found in shampoos or bioplastics and biofuel.

While not all Tribal Members may consume seaweed on a regular basis today, there are efforts across Western Washington Tribes to reintroduce this staple food group. In our Native language, Lushoootseed, the name for bullwhip kelp is q̓ʷaʔəb. There are likely many different Lushootseed names for different seaweeds, but something about bullwhip kelp is unforgettable. Interacting with the plant is a vivid experience for those who haven’t touched, smelled, played with, or witnessed its power to grow into its mature state.

Just as we all know to care for the forests above the water, we should echo that same sentiment for the forests below the water line. Seaweeds are vital to the planet’s habitability as they sequester carbon dioxide and nitrogen found in the water. Bullwhip kelp is also one of the fastest growing plants on the planet, sometimes growing 10 inches in one day! There is much more to learn about what each seaweed species is capable of and the potential for supporting this knowledge is something worth celebrating.

To learn more about this timeless kelp that forests ocean floors, and its potential for kelp farms, follow the links below.

What to Know About Seaweed Harvesting in Washington

Will Northwest Seaweed Farming Finally Take Off?
The potential is vast—for the environment, for nutrition, for Indigenous food sovereignty.
Seattle Met – Winter 2020 Issue

Could seaweed be Washington’s next cash crop?
With Washington’s natural kelp beds declining, some scientists think seaweed aquaculture could fill an ecological niche and serve an emergent market. But the barriers to entry remain high.
Crosscut Magazine 12/04/2019

“Kelp Aquaculture” – Sea Grant Washington, UW
“Interest in macroalgae aquaculture is growing. Kelp and other seaweeds can be grown for food, animal feed, organic fertilizer, biofuels and other sustainable products.”

Bullwhip Kelp Restoration – Puget Sound Restoration Fund
Founded in 1997, PSRF is a nonprofit organization in Washington dedicated to working to recover coastal resources and maintain our connection to them. We believe that when we partake of these resources and work to recover their abundance, we become deeply rooted in the health of this place. 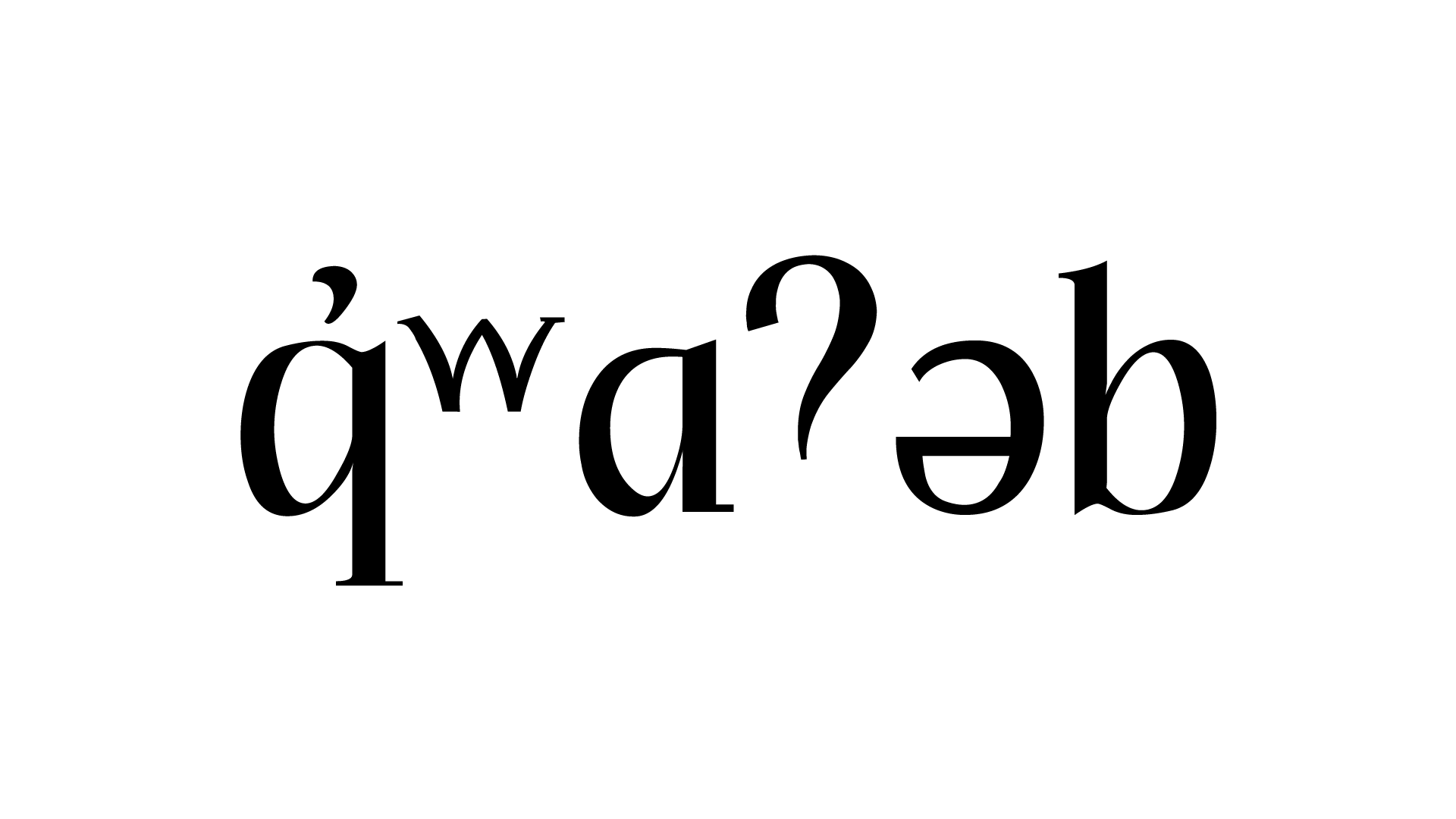 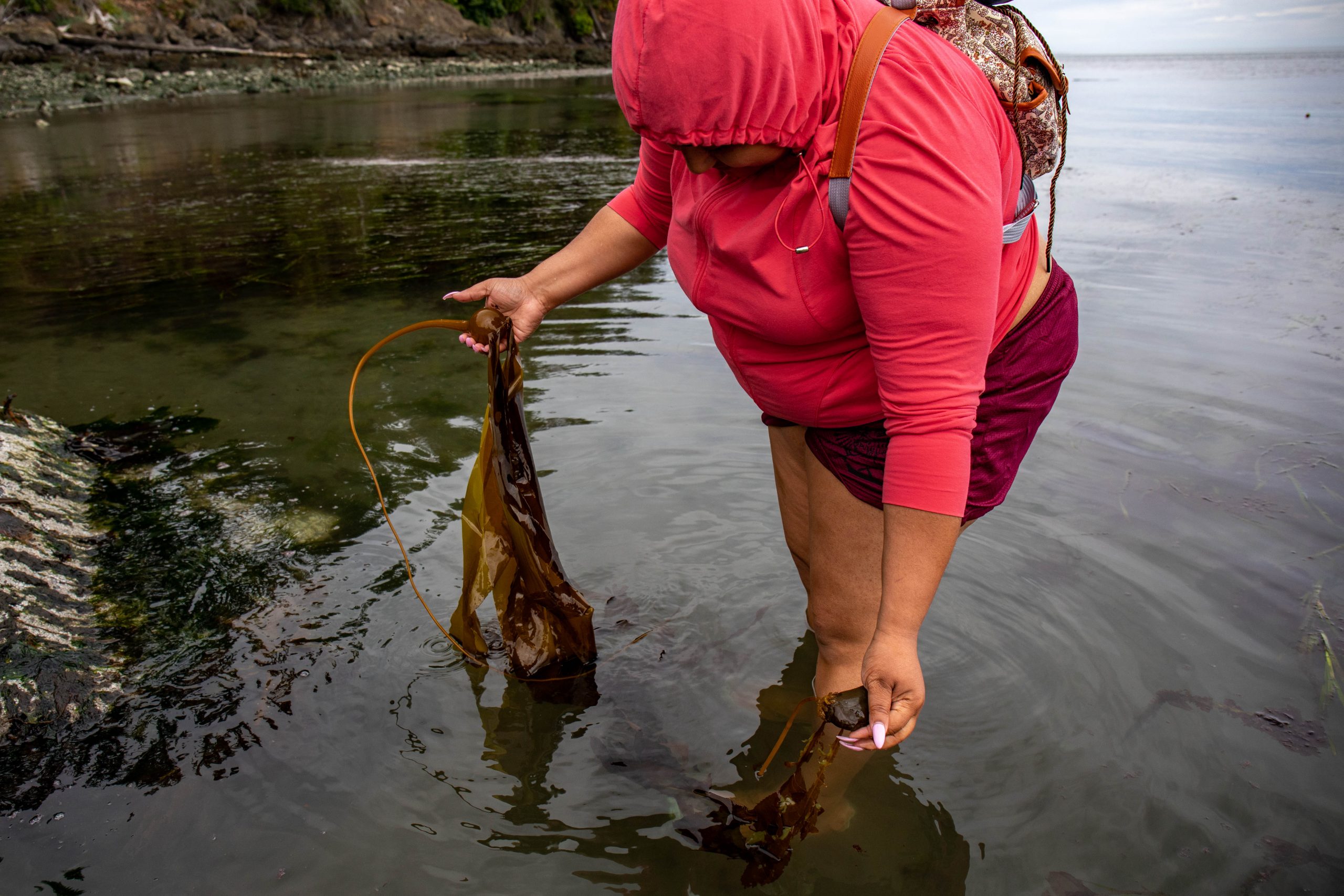 An exciting moment to find both ends of a growing bullwhip kelp! 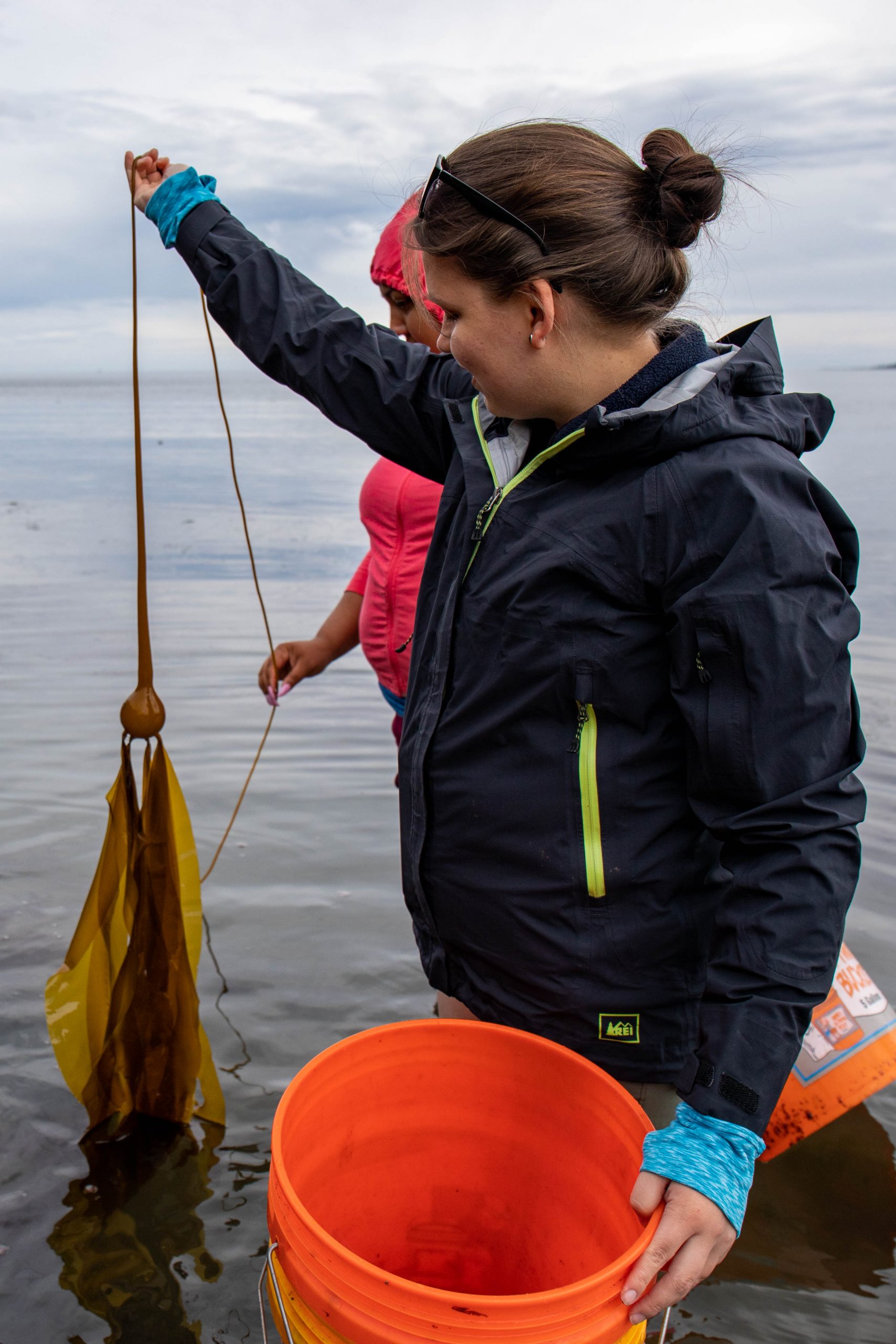 Snoqualmie Tribal Staff admiring a piece of bullwhip kelp for its strength and growth.