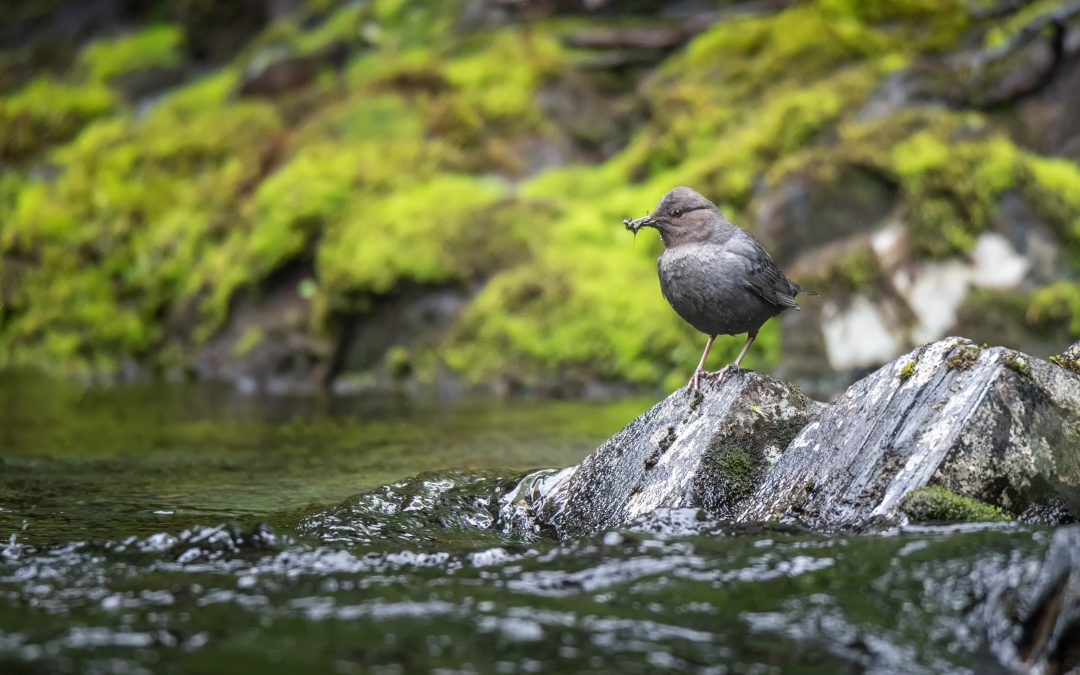 Have you ever seen a fluffy bird approaching a creek or river as if it were hunting? Did you notice how its gray-brown coloring blends in with the river rocks? Did you happen to witness it dive into the cold water, fully submerge itself, and then resurface a moment later?

If you have seen such a bird, chances are that you witnessed an American Dipper bird. This strong little bird has developed a unique riparian lifestyle. Instead of adapting for flying long distances, the Dipper has adapted for living a life by the water. It catches insects and fish in the waters of rivers, creeks, and streams by swimming below or on the surface of the waters. This bird will dive underwater, submerge itself completely, and resurface as many times as it needs to catch its meal. It is even said that the American Dipper can walk underwater, rummaging around the stones on the bottom of the river!

The habitat of the American Dipper ranges all the way from Alaska, down the west coast to Mexico, and as far inland as Colorado and New Mexico. It makes its nests near or above the waterways where it hunts, and sometimes it will remain in its watery nest through the winter. This makes a convenient home for the Dipper, but it also puts it at risk as the planet’s climate continues to change.

Like all of our bird relatives, the American Dipper’s home must be protected and watched over. Each year, the Dipper’s home in the woods is put at a greater risk by floods and wildfires. The Dipper is also put at a greater risk than other songbirds because it has less of a chance to fly away and escape increasingly hot and vast wildfires. For example, in the late summer season the Dipper has an amazing ability to molt its wing and tail feathers like other waterfowl. This makes it highly adapted to its watery lifestyle, but it is also left completely flightless, and inevitably more vulnerable, during this time.

To learn more about this adaptable American Dipper bird, and how climate change will impact its habitat, follow the links below.

American Dipper – The Cornell Lab
Dedicated to advancing the understanding and protection of the natural world, the Cornell Lab joins with people from all walks of life to make new scientific discoveries, share insights, and galvanize conservation action. Our mission is to interpret and conserve the earth’s biological diversity through research, education, and citizen science focused on birds.

American Dipper – The Audubon Society
Since 1905, Audubon’s vision has been a world in which people and wildlife thrive. Audubon is a nonprofit conservation organization. The National Audubon Society protects birds and the places they need, today and tomorrow, throughout the Americas using science, advocacy, education, and on-the-ground conservation. 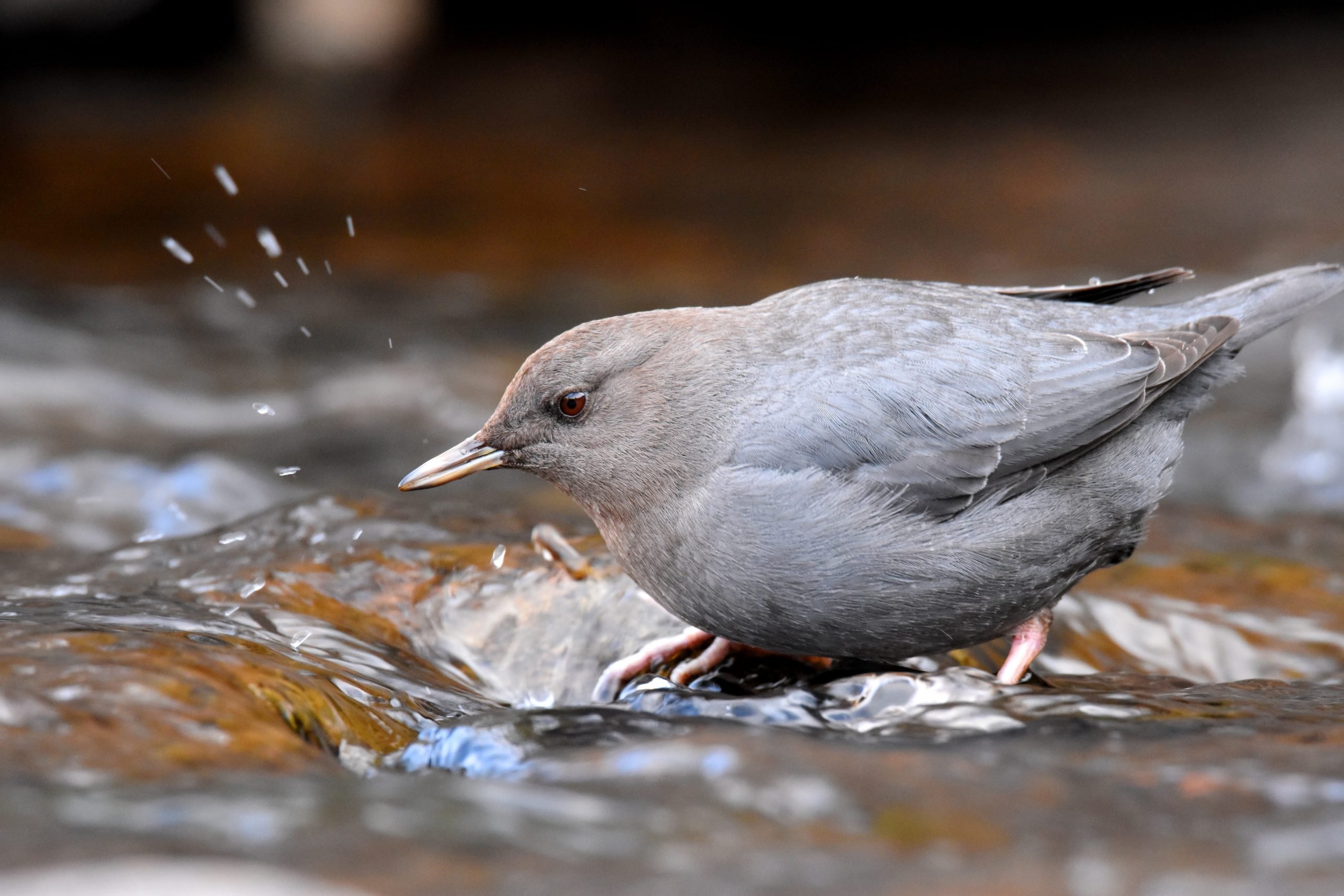 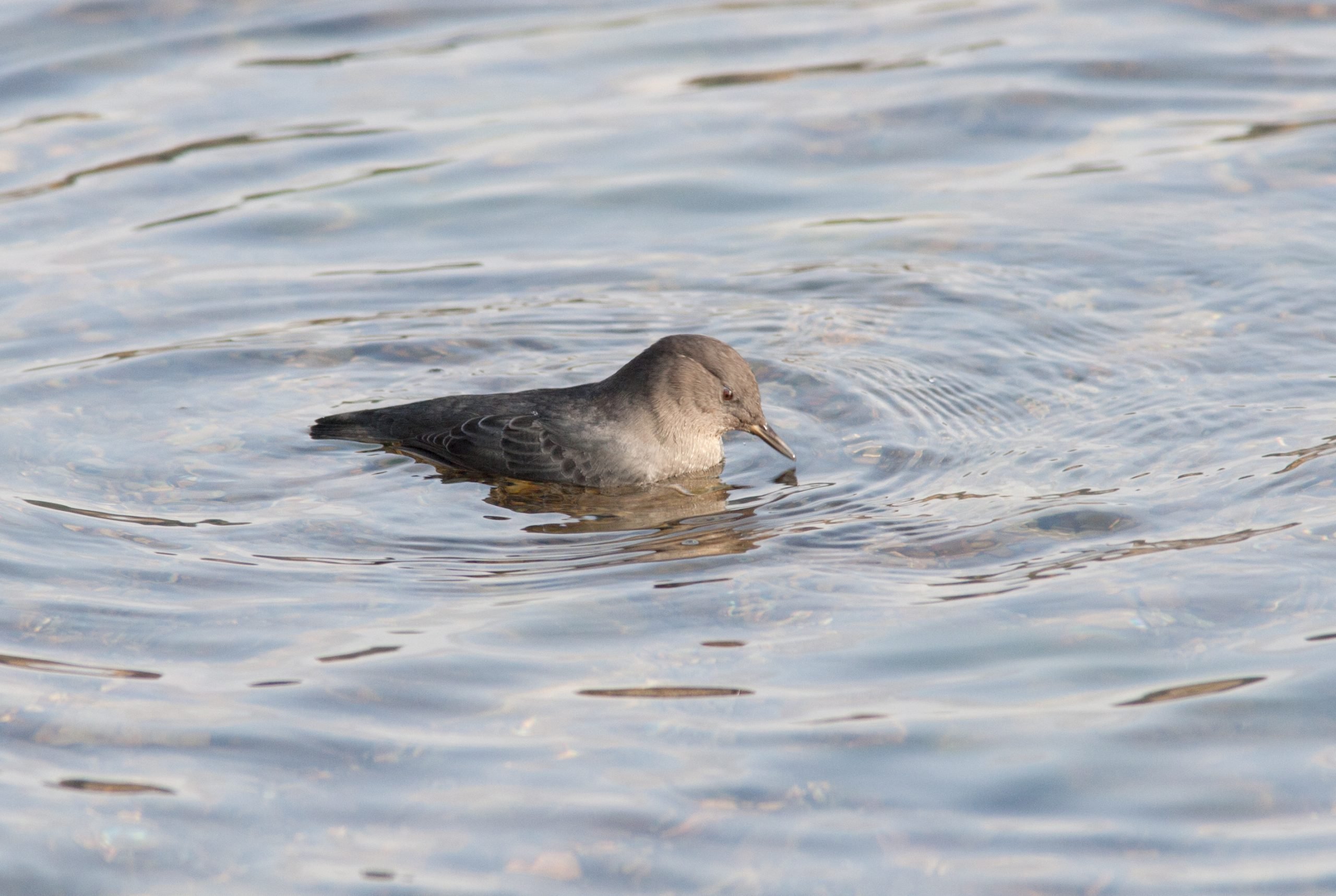 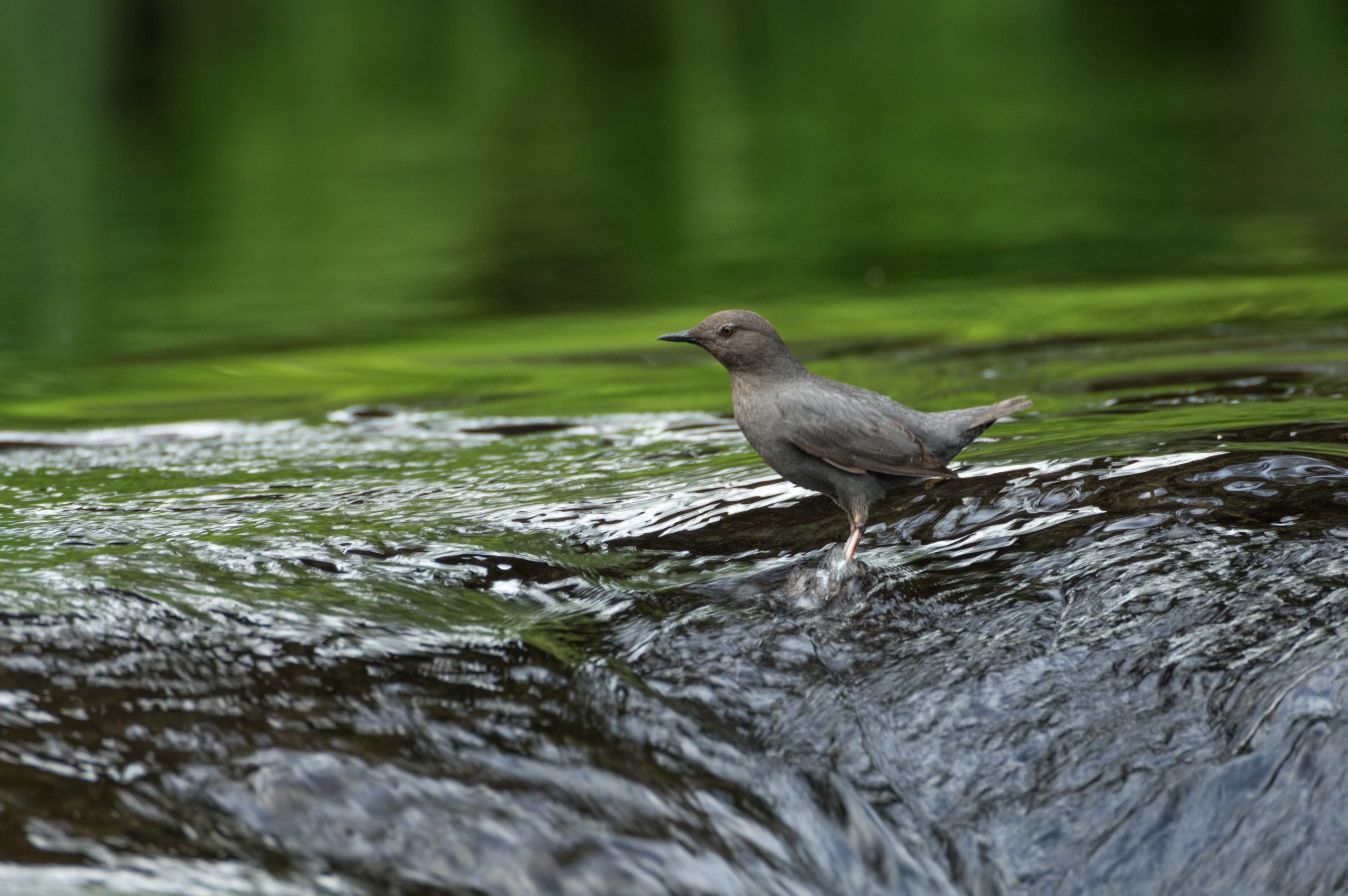