Freshwater mussels are an understudied species. However, they are an extremely important part of the ecosystem yet they face numerous threats. Performing field surveys helps give better understanding to the habitat needs of freshwater mussels and their current population status.

Snoqualmie Tribe’s Environmental and Natural Resource (ENR) Department created a pilot project to survey for freshwater mussels in the Snoqualmie River below the falls. Due to the challenges of the Snoqualmie River, we created our own methods. In 2019, we surveyed for a total of 7 days in boats and snorkeling down to the mouth of the river.

The surveys accomplished mapping existing mussel populations. Mussel habitat was varied with the population in a patchy distribution. These habitats included near banks that were not too steep, in areas covered with leaf matter, where bank stabilization met a natural stream bottom, and the upstream end of gravel and sand bars. Generally in these habitats the stream bed was made of courser materials. 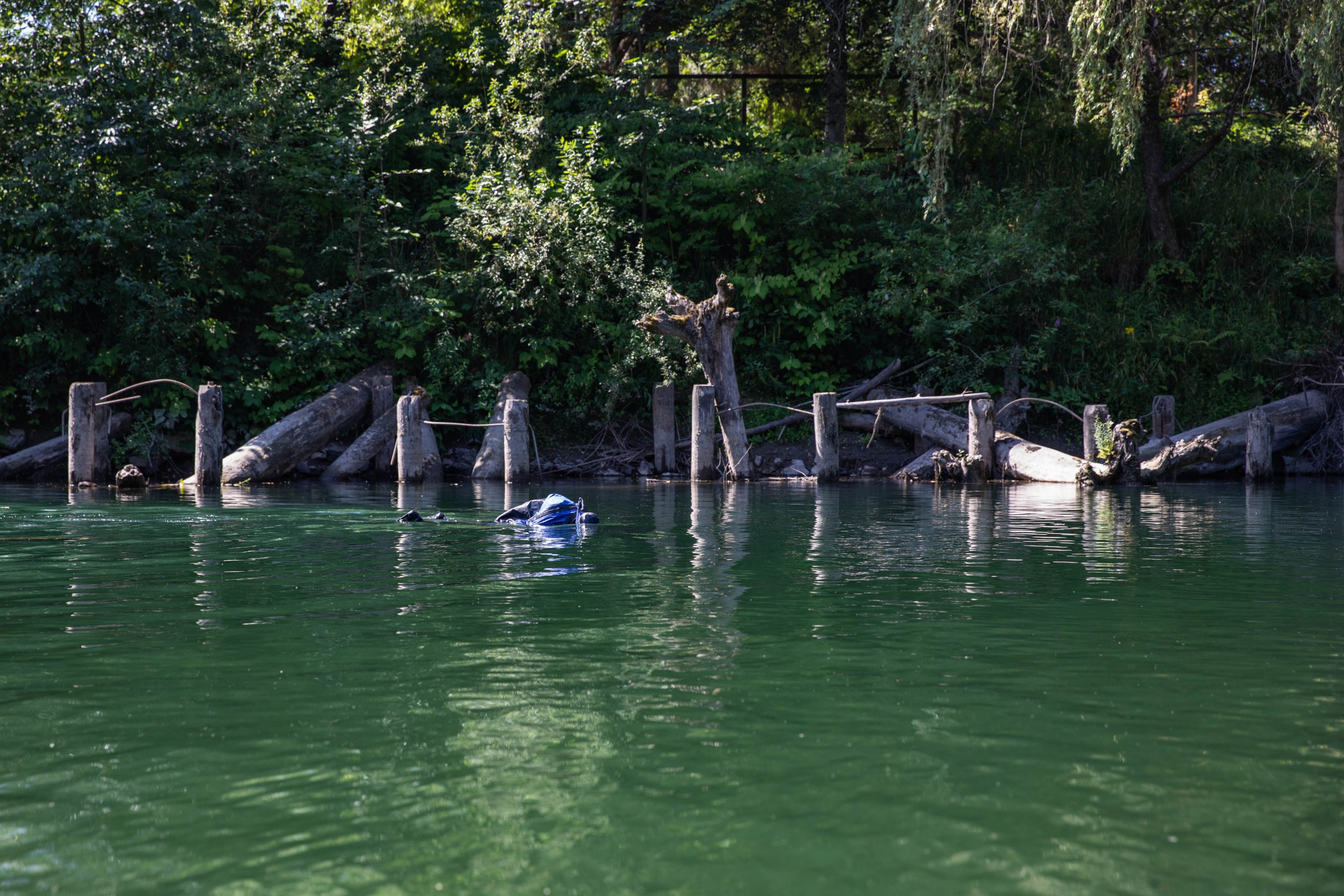 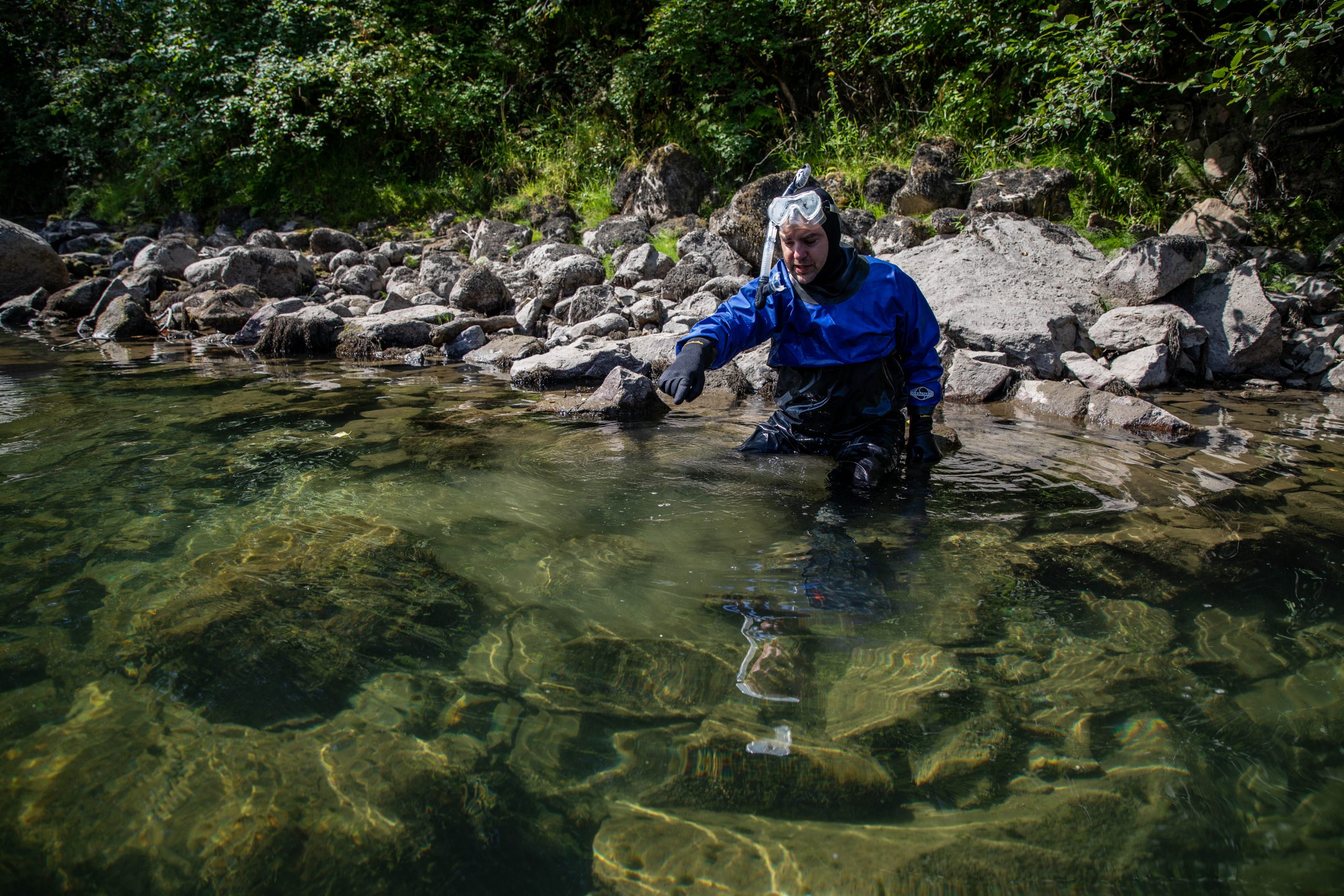 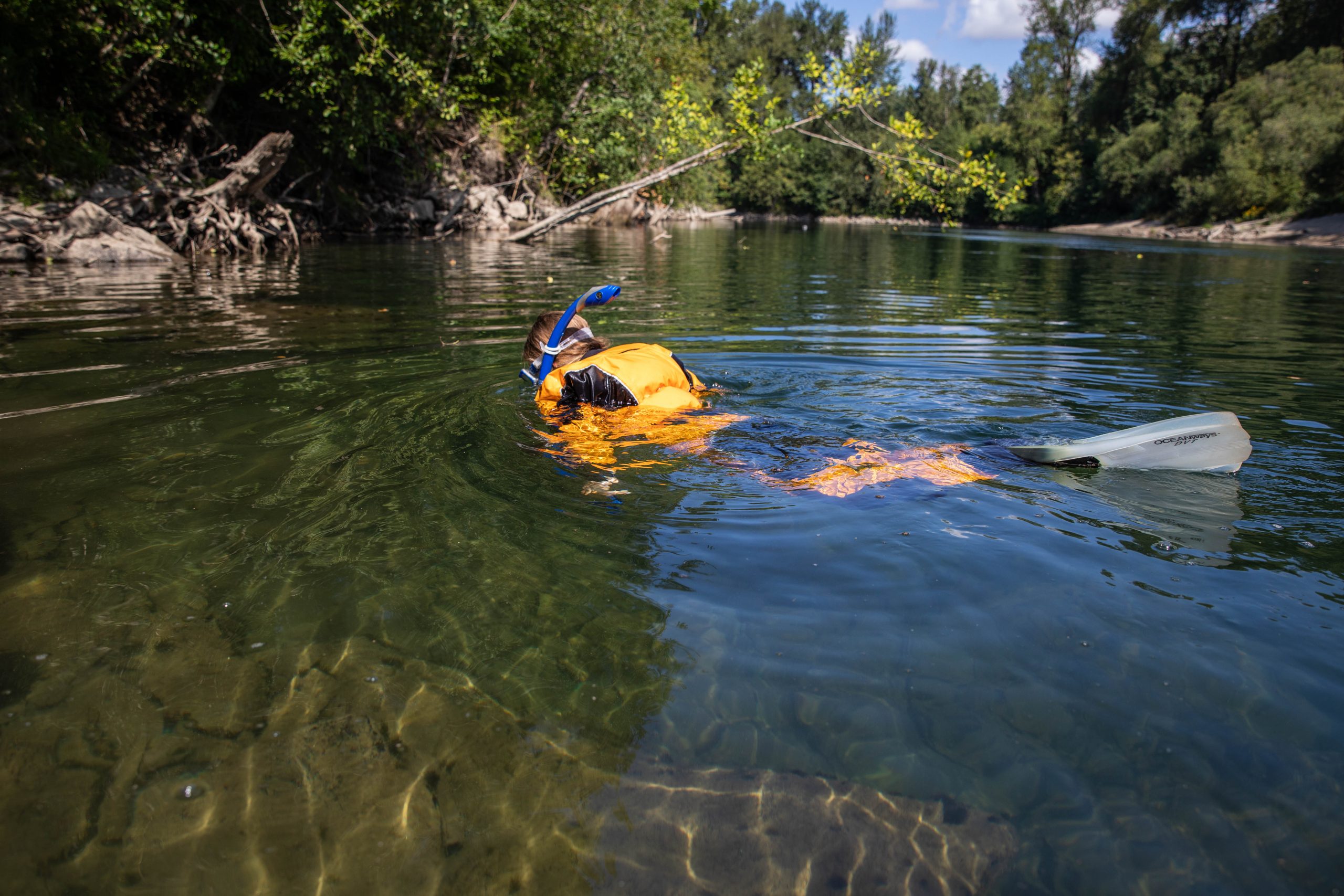 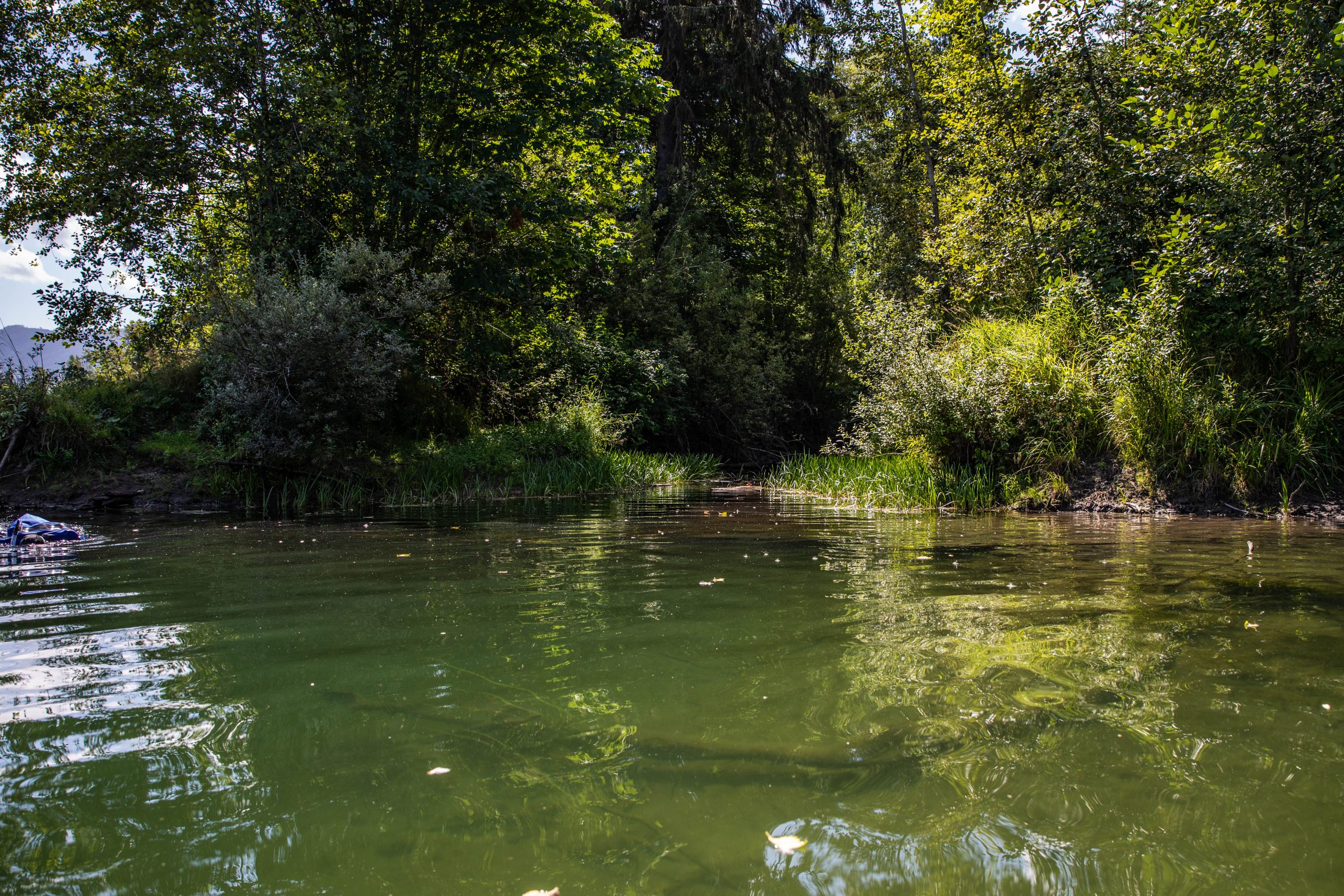 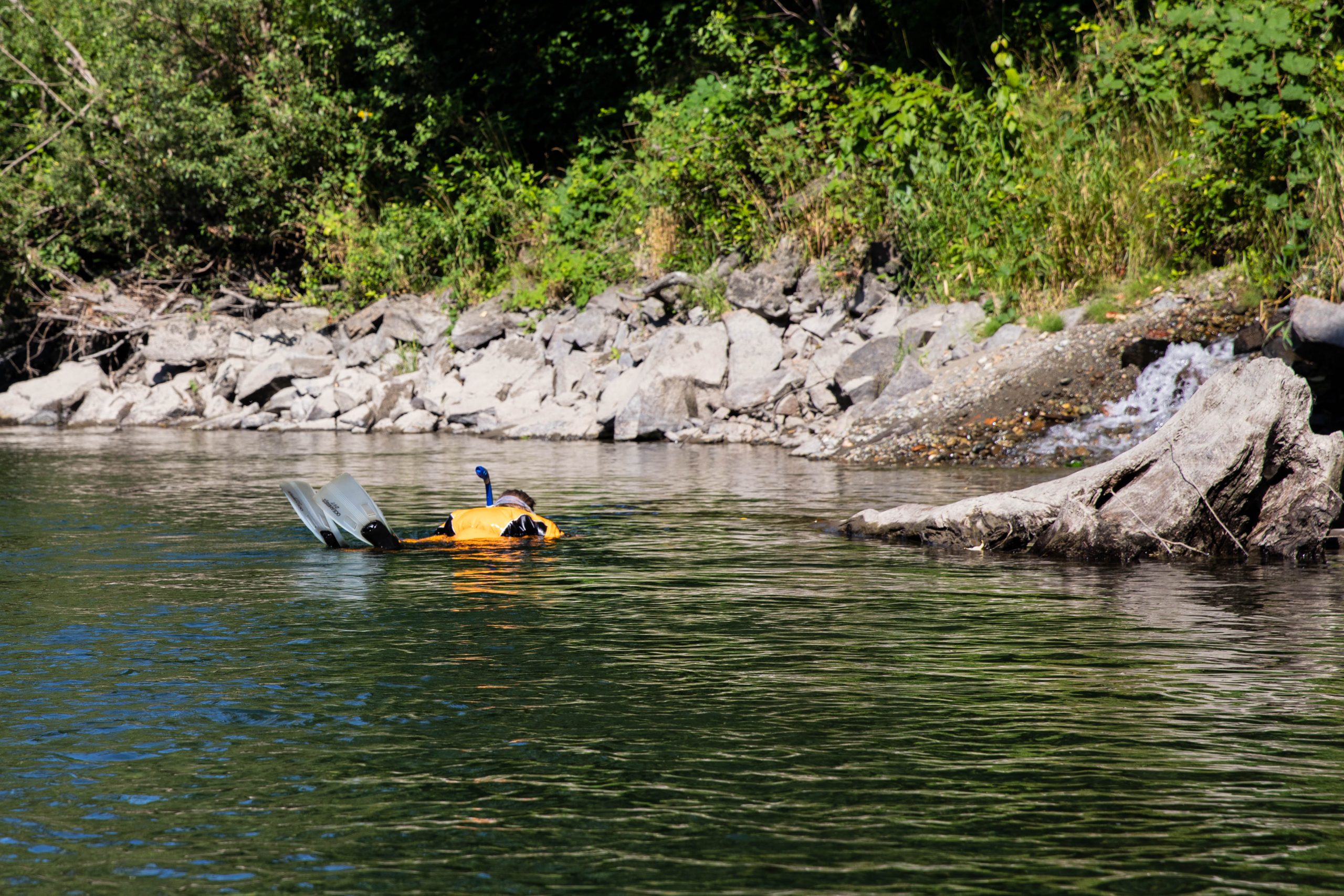 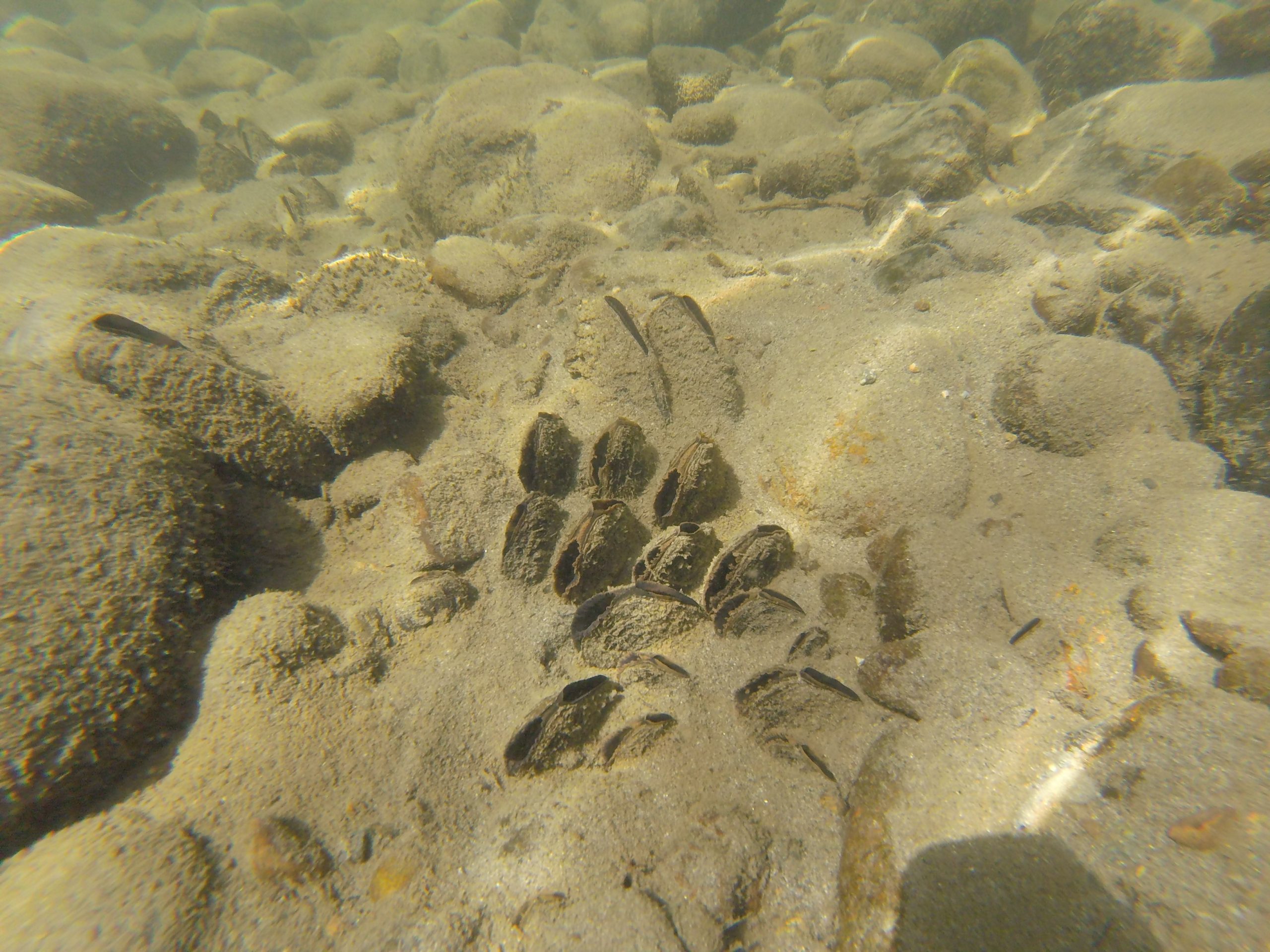 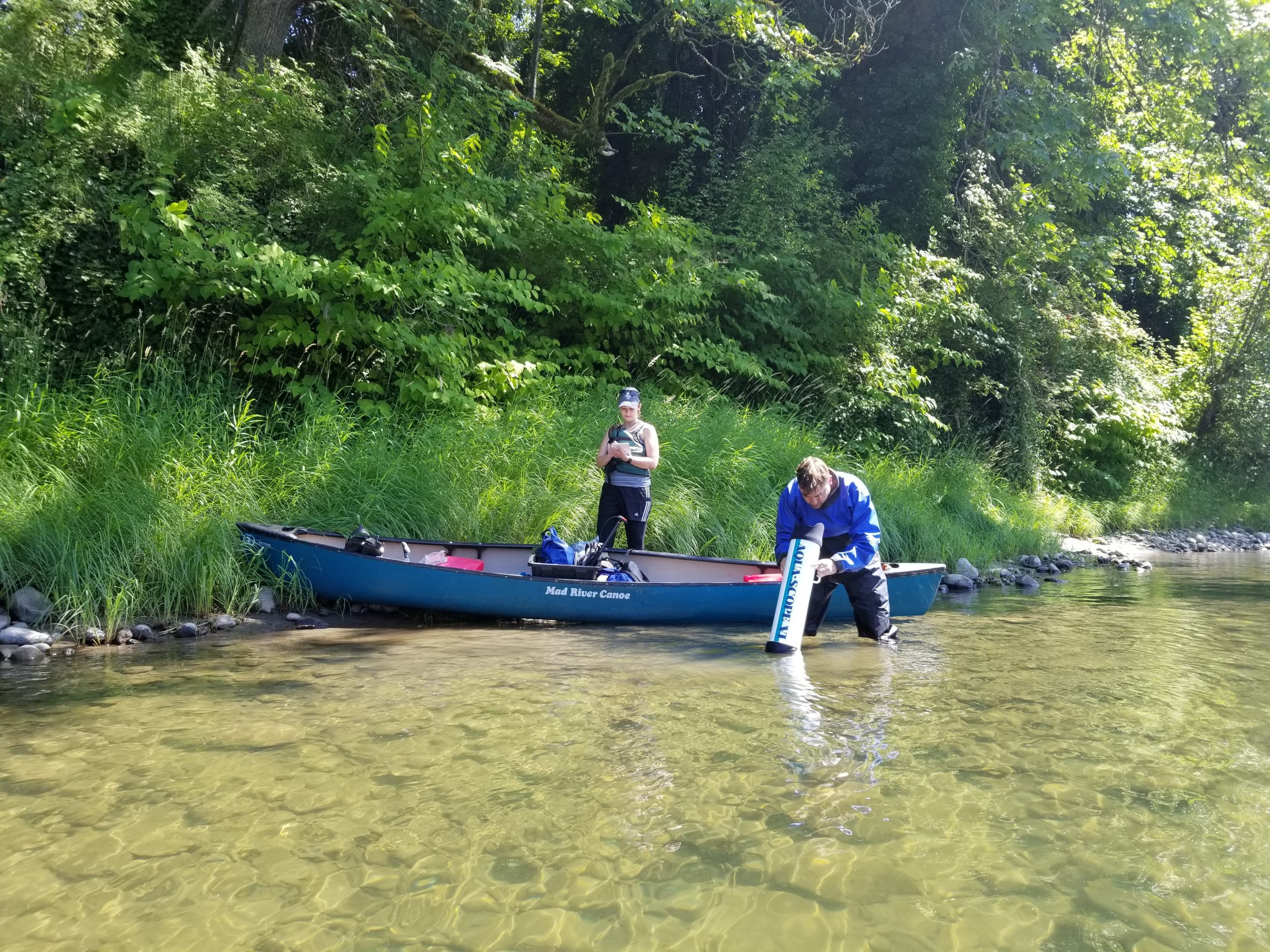 Freshwater mussels are bivalve shellfish having two mirror image shells that live in waters with year round flow that doesn’t become too strong for larvae to establish. The larvae can range from 0.002 to 0.02 inches which parasitically attach to the gills of fish. The fish can carry the larvae for many miles until they detach days to months later to burrow into the sediment. Remaining buried they grow quickly to protect themselves from predators until they reach adulthood. The Western Pearlshell lives up to 200 years while the Oregon Floater usually only live 15 years.

Many mussel species are endangered, threatened, or a species of concern. They face impacts such as river modifications and can no longer access their historic habitat. Much of their existing habitat is degraded by land use practices and river projects can diminish or destroy populations. Pollution accumulates heavily in the longer lived mussels such as the Western Pearlshell due to their lifespan. Declining fish populations also leads to a decline in mussel populations. Without necessary host fish, mussels cannot reproduce. Mussels not only have to face impacts to their habitat but impacts to fish habitat and populations as well.

Mussels play an important role in the ecosystem. They use a mechanism known as filter feeding which cleans the water of sediment and other suspended materials. This process allows them to filter a large quantity of water. The waste produced is also used as a food source for other aquatic species. These aquatic organisms then feed different fish species. The movements of mussels helps stir the sediment much like earthworms in gardens producing a more fertile environment and better oxygen exchange. Mussels also are a food source for muskrats, river otters, raccoons, and shorebirds.